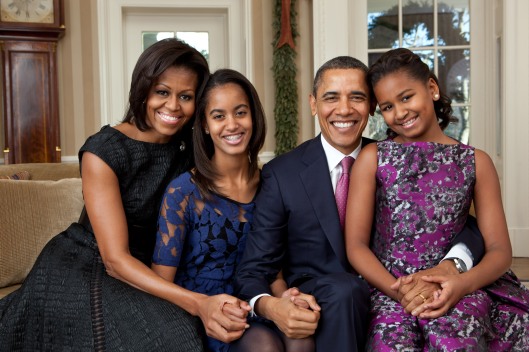 My president is black, my Lambo’s blue
And I’ll be ***damned if my rims ain’t too
My money’s light green and my Jordans light grey…

The above rap song was recorded shortly after then Sen. Barack Obama clinched enough delegates to secure the nomination of the Democratic Party in the 2008 United States Presidential Election. How do I know? Jeezy states the date and time at the end of the track. This leads me to believe that he, like many Americans, was watching the final primary numbers come in for both Senators Obama and Clinton. It was a historical night for America, and especially Black America.

As a child, I NEVER thought I would live to see the day a Black man, with an unapologetic Black wife, with Black children would occupy 1600 Pennsylvania Avenue. At most, there may be one in Observatory Circle; and that was a stretch. This thinking was justified for many reasons. Considering that the closest Black person to achieve a Presidential nomination of a major party is also the same man who, in several circles, is thought of as an opportunistic charlatan. Other Black American candidates (Rep. Shirley Chisholm (D-NY), Rev. Al Sharpton (D-NY), Sen. Carol Moseley-Braun (D-IL) and Alan Keys (R-MD) did not appear to have a viable chance in winning the “Highest Office in the Land” during their respective runs. They were often ridiculed for even attempting to run for the position. Many political pundits, sketch comedy writers/comedians, and talk show hosts wondered loudly “Why did they bother?”

However, in 2004, out came Barack Hussein Obama onto the world stage. He had a incredible pedigree; Harvard and Columbia graduate, State Senator, Constitutional Lawyer, and was “safe Black.” “Safe Black” is the Black person who wont cause people to cross the street, clutch purses, call the police, stop and frisk, or follow them around in the store. It also didn’t hurt that he is biracial; having a Kenyan father and White American mother from Kansas. It wasn’t long before he would become the 44th President of the United States.

In the midst of the eight years of the Obama Presidency,  the social climate in our country had ebbed and flowed. We have seen great racial unity in the midst of tragedy, but we have seen great division everywhere else. It was quite difficult because rather than celebrate the milestone of racial progress our nation had made, we spend it either legitimizing or attempting to make illegitimate Obama’s Presidency. From Sen. Mitch McConnell’s (R-KY) selfish declaration to the rise of the Tea Party our nation had squandered a moment of progress and turned it to a moment of regress.

As a African American father (in both the religious and biological sense) it was difficult watching the news with my son. The anti-Obama rhetoric was deafening. It came from both Liberals and Conservatives and Black Americans heard it loud and clear. We heard two things:

Let me make one thing clear: This is not an apology for President Obama. I fall into the first category. I have great misgivings on some aspects of his presidency. I know there are many Americans who do. However, the tone and tenor of our nation seems to be number two. It’s just that some people are willing to admit it than others. It crosses political persuasions. It’s not just racist, KKK card carrying White Southerners. Its a diverse crowd who bought into the racial rhetoric. Interestingly enough, I’m not alone in this. If I needed it, I have a former President saying the same thing not once, not twice, but multiple times. That same President is still speaking about the racist tone of our political landscape and American society at large.

With that said, I like many Black Americans are conflicted with President Obama’s term ending. For me, its bittersweet. Its bitter because I’m more doubtful now that ever that my children will seen another president that looks like them in my lifetime. This is evident of the election of someone who is President Obama’s complete opposite. Its sweet for two reasons:

In many ways, we as a nation, blew an opportunity to grow and prosper from within. In actuality, we are less safe (some more than others) than we before. And the threat lies in our lack saying what we mean, and meaning what we say.