I guess I should have known from the jump that it will be messy. When I “jumped” from the Baptist tradition into the Anglican stream, it was as smooth as could be. I had some Baptist colleagues and associates angry with me. Some said I sold out. Others asked in hushed tones: “How can I be down?” It was was an interesting response. However, in the Anglican river filled with alphabet soup the response was different. From my Diocese, the Bishop, Archdeacons, and Canons welcomed me with open arms. I felt a tremendous amount of love. From the diocese I reside in, I received the same love. The small parish I serve are some of the most loving people I have had the pleasure to serve. Even those from the Episcopal, Roman Catholic, Orthodox, UCC and AME churches have been supportive of me and my ministry.

However, I’m starting to notice a shift.

We as a nation are in some interesting times. Marriage Equality, Abortion, and Euthanasia are all over the news. A fight over who know what it means to be Christian is being waged between three camps within Anglicanism:

The Anglican Church in North America is an emerging Province in the Anglican Communion. My Diocese (Diocese of the Armed Forces and Chaplaincy) is a part of this Province as well as the Convocation of Anglicans in North America. The Primate, The Most Rev’d Robert Duncan presided at my Priestly Ordination. Our Province is composed of many former members of the Episcopal Church in the United States and the Anglican Church of Canada. In addition to that, many in the province came from other Christian denominations (Baptist, Pentecostal, Nazerene, 7th Day Adventist) and Anglican bodies (Reformed Episcopal Church, PEARUSA ). The ACNA has been described as orthodox and Christ-centered in its theological views.

The Episcopal Church in the United States is the official Anglican Church in the United States (a member of the world wide Anglican Communion). In recent years, the church has undergone many shifts and changes pertaining to social issues. Recently, there has been a more progressive shift in theological scope as well. This has led many to leave the church and seek spiritual nourishment elsewhere. The Primate of the Episcopal Church, the Most Rev’d Katharine Jefferts Schori has referred to this mass exodus as a time in which the church is shifting with a remnant remaining to rebuild. TEC has been described as progressive and innovative in their theological views. 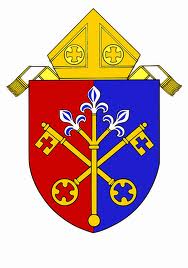 The Personal Ordinariate of the Chair of St. Peter

The Personal Ordinariate of the Chair of St. Peter is similar to a diocese or religious order. Its composed of Anglicans who converted to Roman Catholicism while maintaining elements of Anglicanism. Pope Emeritus, Benedict XVI signed into Catholic Canon Law, the Anglicanorum Coetibus or the Apostolic Constitution, that established the ordinariates. There are three such ordinariates in the world; the United States & Canada, England & Wales, and Australia. They are led by monsignors who have the authority of a diocesan bishop, but not the office because they are married. The Anglican Ordinariate has been described as “Anglicans coming home to the true faith.” Their theological beliefs are the same as Roman Catholicism, because they are Roman Catholic.

So, there you have it, we have three camps. Sometimes it can be like three gangs fighting for the Anglican turf. When the aforementioned issues arise, everyone races to the closest television camera, laptop webcam or personal blog and proceed to express how their camp is right, and everyone else is wrong. At coffee hours or church picnics discussions are about much of the same, rather than discussing how to spread the gospel of Christ.

As a priest, its gets a little weird.

Being a priest in New England, especially Boston, I ebb and flow through these groups. As much as I do love the camaraderie of many of my brother priests, I feel that I am being watched by some members of the three groups. I feel that I am being watched to see how Anglican I really am, how “enlightened” I am, or how “anglo-catholic” I am. There are times in which I said some things that were contrary to representatives of all three of these groups and received dirty looks (“You are so backwards and behind the times”), dismissive comments (“Oh, you are too new, you don’t really know”), and even been chastised (“How dare you say that?”). The sad part is, NOT ONCE did anyone ask me “How did I come to my conclusion?”

As a priest, I can care less if someone thinks I’m “soft on liberals”, “too understanding of conservatives”, “too close to them Catholics.” I’m a child of God 1st, and a priest 2nd. I’m built for this sort harassment. God gives me the strength. But when a lay person receives scrutiny, then it upsets me.

We cannot say we are Christ One Holy Catholic and Apostolic church if we bash those who believe different from us. All three are guilty of that. The interesting part is, its only a small portion of people. Most members of the ACNA, TEC, and the Anglican Ordinariate are loving people who do want to share the love of Jesus Christ. I interact with members of all three of the groups on almost a weekly basis. Its a small few who are reeking havoc thinking that their meanness will win converts. Its simply not true. If the people who are walking the Canterbury trail, as I and many others have, can see nothing except an all out brawl at the end of path, they will turn around and go back to whence they came. It will be a loss for them, for us, and for the Kingdom of God.